With Leonardo’s 50th Anniversary now upon us, the Leonardo Pioneers and Pathbreakers project ( www.olats.org/pionniers/pionniers.php ) is offering to document the memories of pioneers in art and new technologies for their work prior to 1984.

Papers and podcasts dealing with the history of developments in the arts, sciences and technology are solicited.

This project aims to establish reliable, selected, online documentation about twentieth-century artists, scholars, curators, and institution builders whose works and ideas were seminal in the development of technological art.

Since its founding in 1966, and the publication of the first issue in January 1968, Leonardo has accompanied and championed the work of the pioneers who were just beginning to use computers and other emerging technologies for artistic purposes.

We are happy to record short podcasts over the phone or internet with pioneers for publication on the Creative Disturbance podcast platform.

Readers of Leonardo are asked to encourage their colleagues to submit such memoirs, which will be invaluable primary documents for historians and scholars in the future.

Interested authors should submit manuscript proposals or completed manuscripts to the Leonardo Editorial Office. Email to: leonardomanuscripts [at] gmail.com

Dan Sandin and Roger Malina “Pioneer Dan Sandin 40 Year Look Back at the Analog to Digital, and Video Revolutions” (2015, English)

Sean B. Carroll and Charissa Terranova “Overlaps in Practices Between Humanists and Scientists” (2015, English) 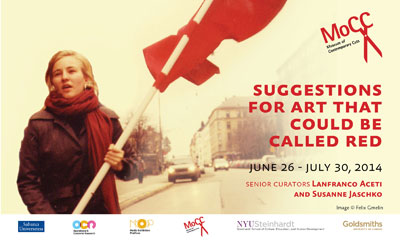 Next Post (n) Jody Zellen featured by the Archive of Digital Art
Get the latest by email: